Speaking Up & Supporting Others To.

By: Liz Mortley|Published on: Dec 19, 2019|Categories: From Courageous Success, Inspiration| 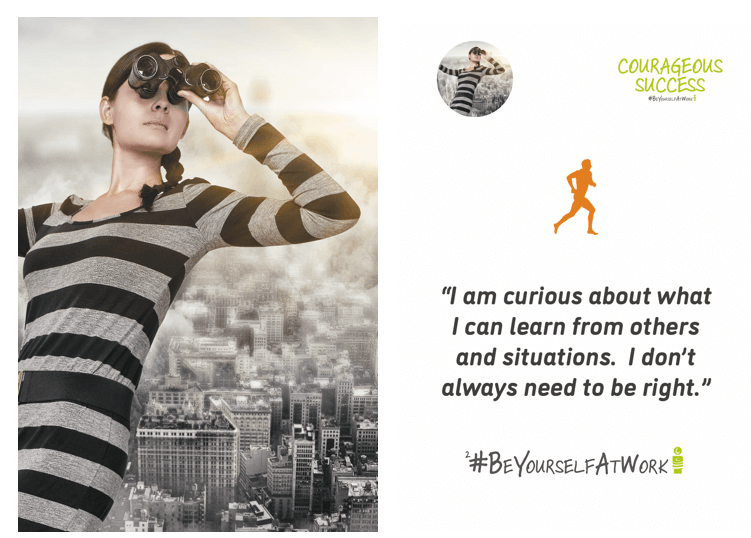 “A growing body of research has found that when people feel they can contribute their ideas, share problems, and speak up with concerns, they are more satisfied with their job, perform better and are less likely to quit.”

From an article in Strategy-business.com about ‘Employee Voice’ quoting research, conducted in Australia and the US, about the benefits of a workplace culture that supports employees to speak up. An added benefit is employee happiness.
In our Global #beyourselfatwork study we ask the question ‘have you ever stayed quiet and not contributed in a meeting, even though you know the answer?’ What would your answer be?
The article above shares fascinating research into employee voice, conducted with hospital staff by Dr. Mona Weiss (Assistant Professor of Management and Diversity at the Free University of Berlin). The research found that nurses were less likely to speak up about issues and problems than doctors or surgeons.
“What I found most of the time was this classic hierarchical problem, mainly that nurses often are afraid to speak up to physicians because of the hierarchical gaps and they’re even afraid to point out errors or things that needed to be done during a treatment of a patient. They simply wouldn’t speak up.”
“The more concerned people were about the reactions of others, the less they spoke up within or in situations that actually required them to speak up.”  Mona Weiss talking about her research to Neuroleadership.com.
This research highlights the fact that we all want to fit in, be liked and succeed which means that we often don’t speak up about what we feel is right as we are too worried about what others might think of us. Strategy-business.com quote research about people not speaking up because of a fear of being excluded “… science has long noted the importance of social connection for human survival. So, sometimes people don’t speak up because they don’t want to make waves, fearing they will be rejected…. the tendency to speak up, or not, also comes down to whether a person feels powerless, excluded, or uncertain in a social system.” There is also the recognised phenomenon of ‘conformity bias’, where individuals feel pressured to conform and go along with the decisions of others who all agree on one thing, even if the decision seems wrong.

Mona Weiss’s research has found that a big difference can be made by the language used “whenever a leader used collectivist language, they could increase the odds of people speaking up by almost 30%.”  This is also great evidence of being aware of your impact on others, inviting feedback and input in a way that is inclusive and open, like we would if we were talking with our friends outside of work, or asking for advice – creating a supportive and open environment where everyone feels they have a voice.

Management Today,  this week shares research on how airline crews communicate in crisis situations  “…the researchers argue that the model of Crew Resource Management – where hierarchy is flattened and all crew members are actively involved in decision making – deployed by airlines in times of crisis should be followed by businesses in similar times of stress…. Crews were consistently more effective when co-pilots were directly involved in the decision making process, as opposed to when the captain tried to tackle the issue alone; and came up with much better solutions when open-ended questions were asked as opposed to simple yes/no requests.  The scholars referred to this as a type of leadership known as humble inquiry, where by treating colleagues as equal decision partners, a person can tap into their expertise and receive more information.”

Research from Gallup shows that having your opinions heard; “at work, my opinions seem to count”, is one of the critical factors for fostering employee engagement.
Encouraging openness is about being authentic, creating a feeling of trust and care for those around us, so that debate, creativity, innovation and learning from mistakes happens and makes a business richer in diverse views and ideas.

Here are our tips to encourage openness and speaking out: